Thank you for your feedback, and helping us serve you better.

Your session will logout in
Stay loggged in Logout
Your session has expired.
Please reload the page
Reload
Filters
Filters
Category
Get in touch with us
Done
TIPS
Mar 11, 2020

What We Know about the Samsung Galaxy S20 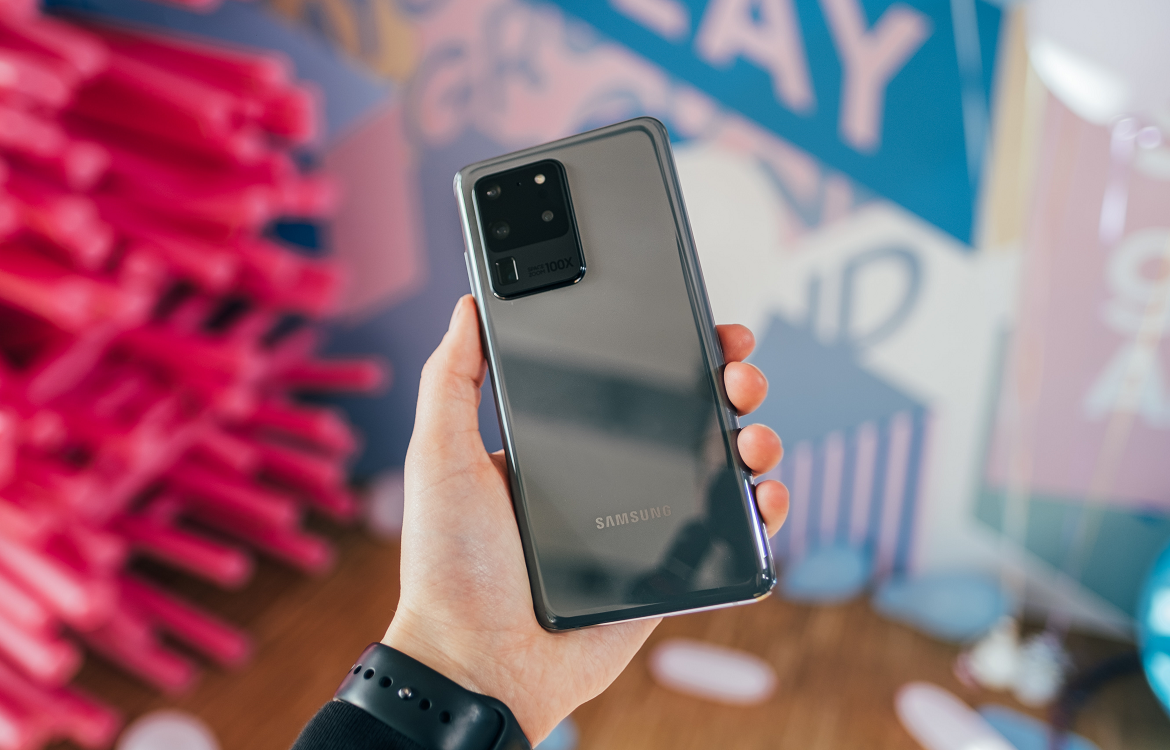 Samsung has officially announced the latest of its flagship phones—the Samsung Galaxy S20, the Galaxy S20 Plus and the Galaxy S20 Ultra— and we’re here to give you the download on the features and specs. The Galaxy S20 skips quite a few numbers considering last year’s S10 but for good reason: the Samsung S20 holds a promising camera upgrade, amazing display, and fast 5G download speeds. Let’s learn more:

The S20 has a 6.2-inch display, which is about 0.1-inch more screen than the Galaxy S10. Overall, there are no radical visual differences from the S10 other than a few welcome tweaks. The cutout for the front camera is slightly smaller and placed in the top center of the display, rather than on the right side. The display also has less of a curve to it, which may lead to fewer accidental presses on the edge of the screen. As far as color options go, there’s Cosmic Black, Cosmic Gray, Baby Blue, and Baby Pink.

The Samsung S20 is the first in the Galaxy S family to not include a headphone jack, which doesn’t come as much of a surprise considering the popularity of wireless Bluetooth headphones today.

Samsung redesigned its camera system for all three phones, which will improve low-light photos, sharpness and zoom. The Galaxy S20 and S20 Plus cameras have 64 megapixels and the S20 Ultra has an impressive 108-megapixel camera. Another big camera upgrade is the optical zoom, where Samsung has surpassed its competitors. The Galaxy S20 and S20 Plus get a 30x zoom and the S20 Ultra gets a 100x “hybrid optic zoom.”

All phones in the S20 lineup will support 5G, but not in the same way. The Galaxy S20 Plus and S20 Ultra support the variety of 5G options in the U.S, so you’ll get faster speeds most of the time and a faster mmWave, when you’re able to find it. However, it’s important to note 5G speeds vary a lot depending on your carrier, type of 5G connection you have and location. The good news is that once 5G becomes more widespread, you’ll be ready if you buy the S20 Plus or S20 Ultra.

Speaking of power, the Galaxy S20 models will come with a 25-watt fast charger in the box. The S20 Ultra has an optional 45-watt super-fast charger that can be purchased separately.

For more tips, tricks and tech updates like this, be sure to visit the Trademore blog!

Trademore has no connections, affiliations, partnerships or sponsorship agreements with the companies, entities, services and/or products mentioned in this blog post. The opinions, thoughts, views and expressions made within this blog post are independently created by and attributable to Trademore authors and/or contributors.